The Saskatchewan Hospital in North Battleford is currently on a boil-water advisory and sewage has flooded the basement, according to an internal memo obtained by the Saskatchewan NDP.

“This new facility has been an unmitigated disaster because of the Sask. Party’s embrace of a P3 model that rewarded shoddy construction by out-of-province companies,” said NDP Leader Ryan Meili. “The walls, roof, and plumbing have all needed to be redone. There has been extensive flooding leading to mould damage. Staff and residents have been left drinking poisoned water. And now the basement has been inundated with raw sewage and patients are unable to use the water to bathe. What is the Sask. Party doing to address these failures, and how can we expect that their promised PA hospital rebuild will turn out any better?” 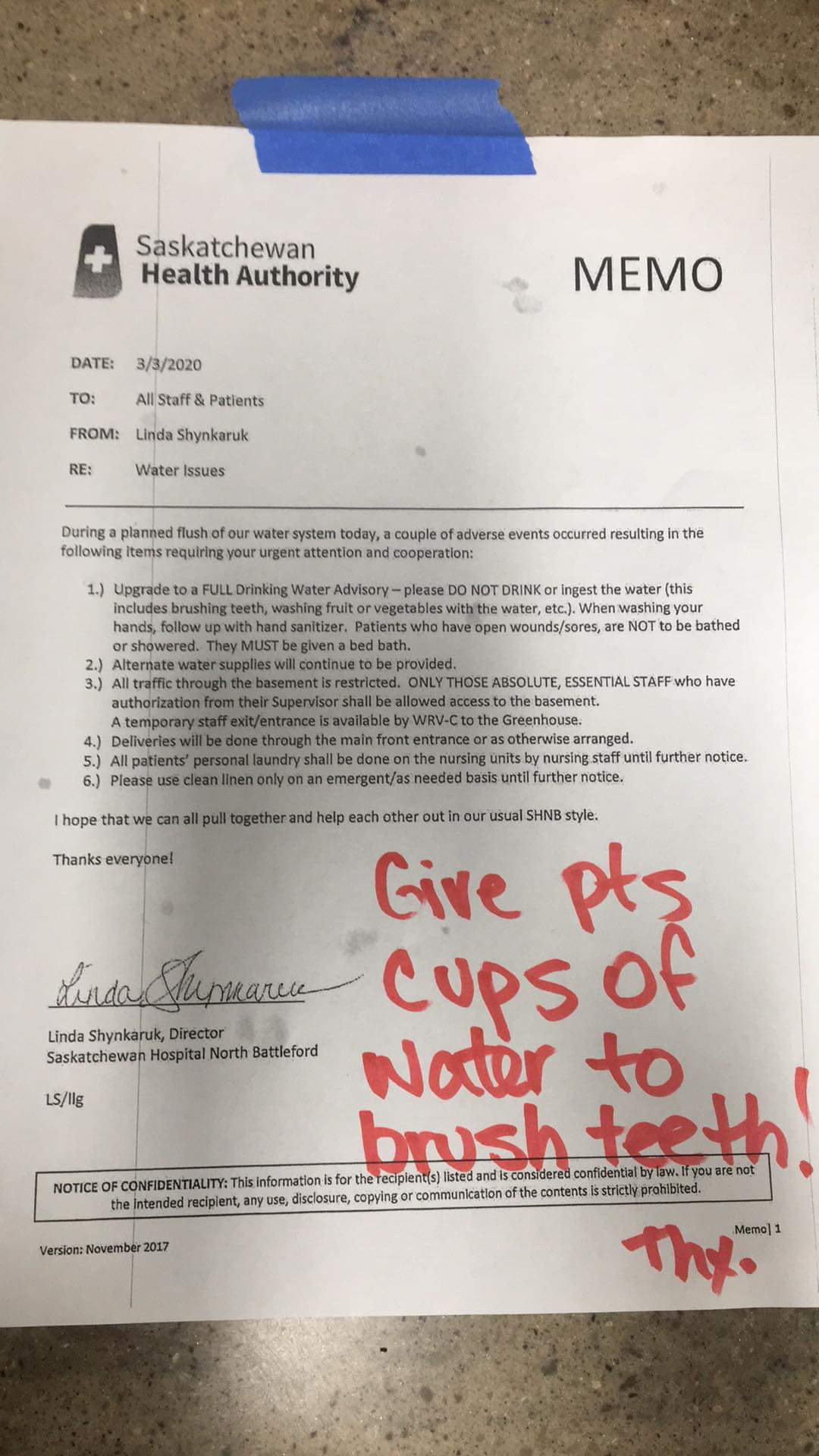 The year-old facility is still not operating at full capacity months after its opening, and the company managing the P3 facility recently had its credit rating downgraded by Moody’s credit agency. Moody’s indicates that in addition to the roof replacement, the facility requires “significant remediation work for water damage as a result of faulty shower assemblies that leaked behind the walls across the facility.”

“One company has already gone bankrupt while building this facility, now another one is facing financial stress, and the Health Authority appears to have bypassed the opportunity to reduce the cost of the contract,” said NDP Health Critic Vicki Mowat. “This P3 model isn’t working for North Battleford, and it won’t work for the promised hospital in Prince Albert.

“New Democrats would ensure a new hospital for Prince Albert, and we’d build it right the first time, with our companies and our workers.”