REALITY CHECK: GTH taking a Mulligan? Report shows so little “progress” was made, 2015-16 “goals” are being reused this year.

One of the many, many, many (it’s shockingly bad!) problems found in this year’s GTH Annual report, is that they don’t even seem to be ashamed of their failures.

Without getting to the details of the report (the fact that they budget their revenues to be more than three times what it turned out to be, or that they ran a deficit that is about a third as big as their total revenue, for example) let’s just look at their liberal use of “copy” and “paste” in putting together this report.

Starting from page one, similarities can be forgiven - if not expected - in a report of this kind in the index, the introductions, overview, and governance, but it’s fair to assume that the “progress,” “goal,” and “economic impact” would change from year to year. Apparently not.

Here, from the 2015-16 and 2016-17 GTH Annual reports respectively, are the pages entitled “Progress.” We’ve highlighted the few changes that were made. 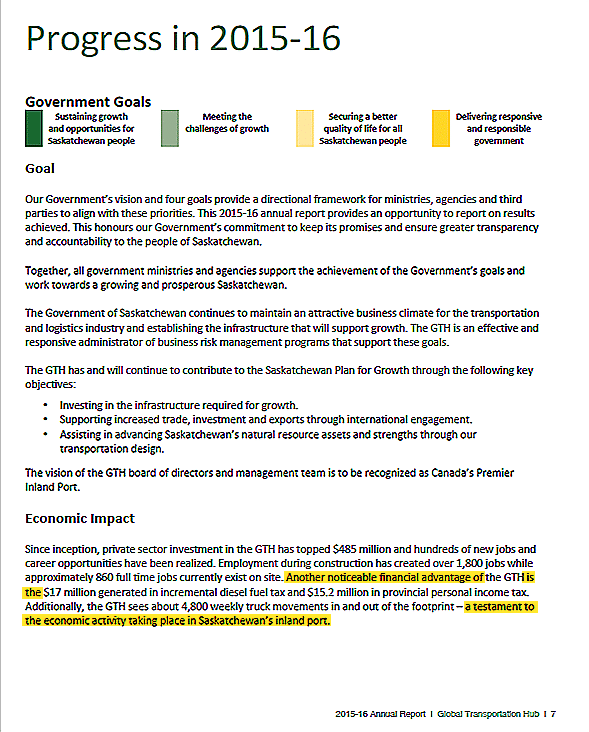 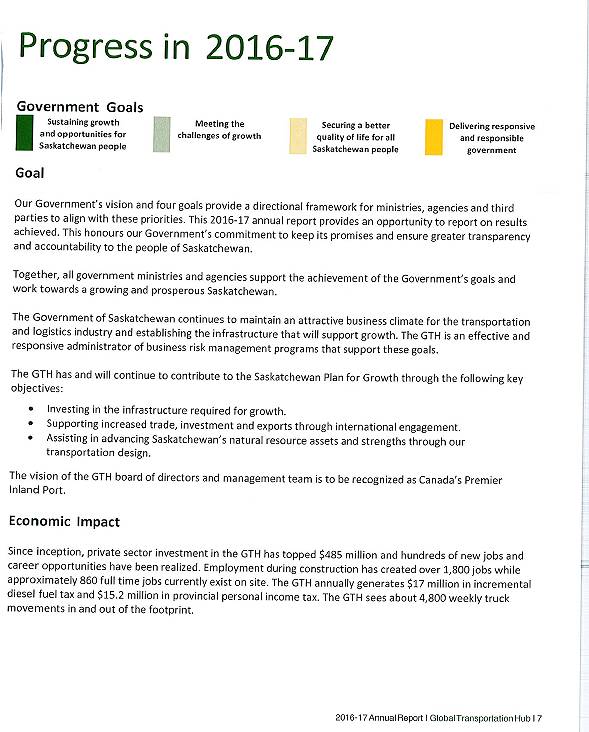 It’s just one more example of the Sask. Party government’s refusal to be transparent or to be held accountable for their own mismanagement, scandal, and waste.